Working all day long on a computer can lead to various illness, like headache or migraine. It can also weaken your eyes.

When I work hard many days in a row, my eyes cannot cross correctly anymore and it causes huge headaches. I have to exercise my eyes with stereograms to recover.

Few months ago, I lost the stereogram cards that the orthoptist gave to me. So I try googling for some cards, just to found out that you have to pay for them! It costs between 8$ and 15$ just for a single A4 page PDF. In my opinion, that's a shame: using a vector graphic program (like Inkscape), it only takes few minutes to create those simple shape. I don't see why it shouldn't be free just because it's related to health. Oh I should have said the contrary: because it's related to health, it must be free.

So I have created a Github repository for that. It contains the PNG and the SVG source, and it's licensed under the GPL v3.

Please contribute to the project! 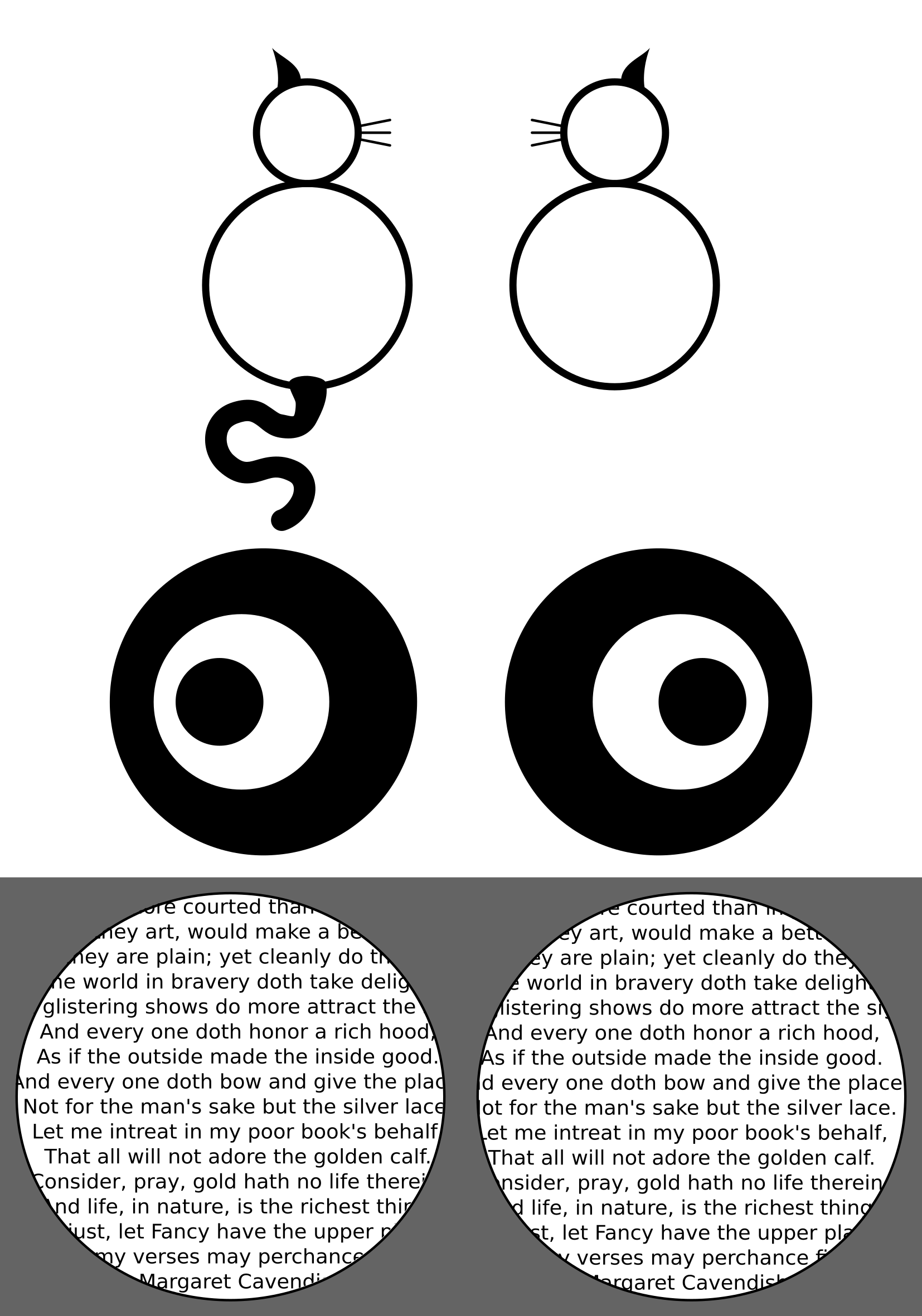 The second and the third stereogram contains 3D effect: some part of the image will appear closer! I suggest you to print that on a thick paper. You can move around the card, to the left, to the right, upward, downward, backward, forward. It trains your eyes to cross.

The first stereogram does not feature 3D. The left and the right part are an incomplete picture of a cat, the merged one is a complete cat. This trains your brain to pay attention to both eyes rather than overusing one over the other.

By the way, you should ask a professionnal orthoptist if those exercises suit you as well. Also there are other important exercises. Every hours you should take a break and look as far as you can. This will relax some muscle of your eyes (those tired by the computer screen) and put at work some others (those not involved by computer screen).

I hope it will help keeping your eyes healthy!